Alone in a crowded city 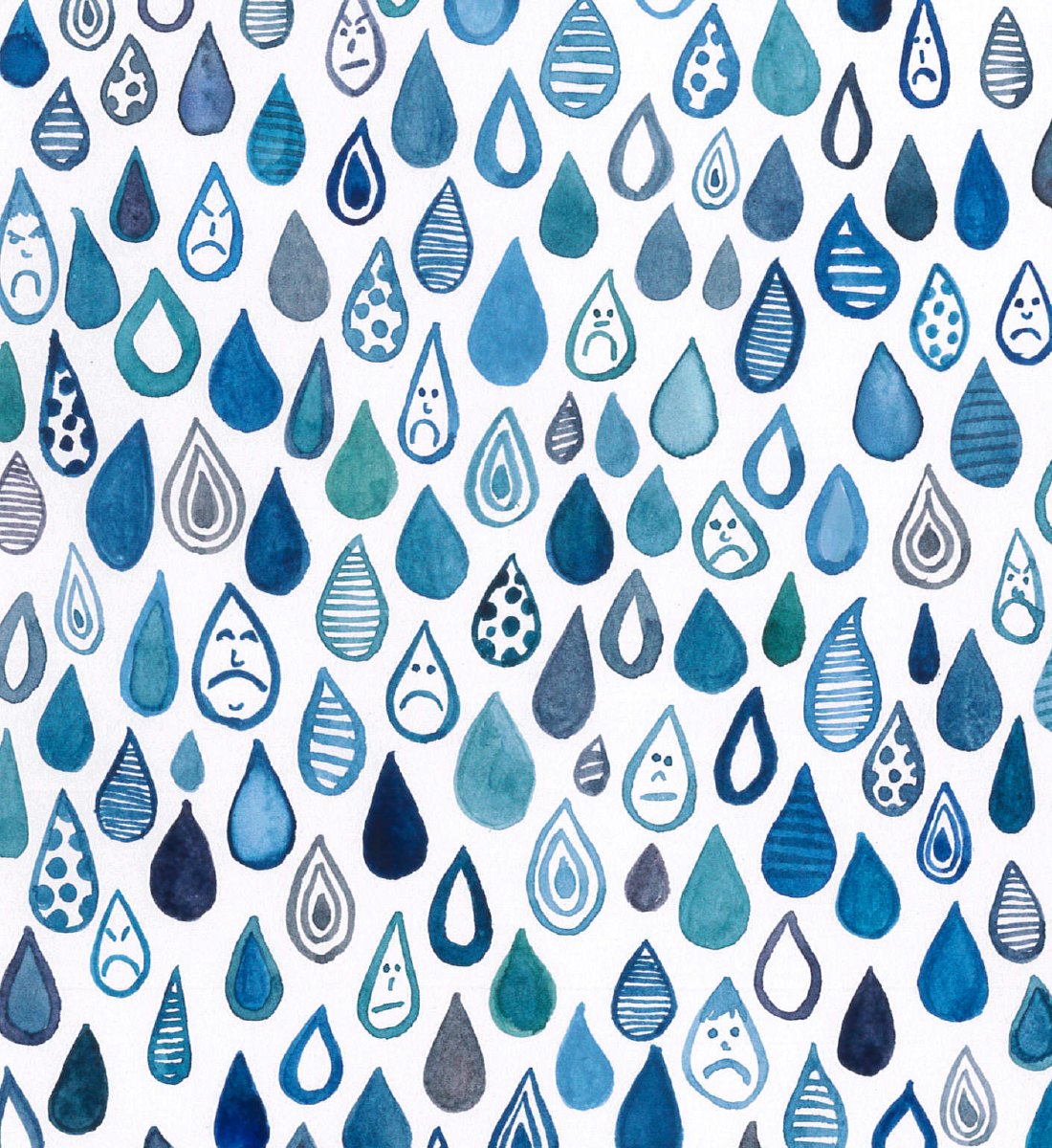 Spoon your way into my soul, and you will see that loneliness was still rotting, a shiny cover of medications masked my authenticity.

On a bitterly cold March afternoon, I'm sitting on the Metro 1 line travelling four stops west to Palais Royal, Musee du Louvre. I enjoyed the M1 train rides; it was frequently on time and had better heating than the other trains. Conveniently it went directly from my shoebox apartment to the most prominent art nerd playground on earth; The Louvre. I'm meeting Milo today. I see Milo every day. In fact, I've completed precisely 26 sketches of Milo. She's a great listener. Turns out, my best friend in the city is a famous greek sculpture named Venus de Milo. I'm cognizant that I've presumably lost my marbles at this point. I've been living in Paris for three months now. It's permanently cold and dark. Not merely the weather, but also my feelings towards it. I have limited interactions with other humans. Not through my own choice but because, a) My french is not Parisian worthy and b) the Parisians are very hard to befriend. My roommate was a human; a 16-year-old bulimic Hungarian model that had chosen to eternally stay in bed. She probably felt cold and dark towards the city too. After 2 weeks of not speaking, I feared that I would forget how to converse. I've always considered myself an independent and generally solitary character. My family immigrated to New Zealand from South Africa when I was nine. I was a little weirdo with a five-head and buck teeth that spoke English with a funny accent. Friendships were doomed from the beginning. But I was accustomed to being alone. Yet it was only until I lived in Paris that I truly realised that this romantic notion of being a lonesome, introverted, nomadic ranger was just an illusion. Before completely losing my ability to hold a conversation with someone other than a marble sculpture, I Eurostarred my way into London. Great, a city where I can speak the language. Looking forward to exercising my English again. Even more excited to eradicate this void of loneliness that has crept into my bones. I made a few local friends here and there. Socialised as much as I could. Why has this overwhelming sense of desolation not left me yet? I blame it on the weather, as everyone else does. After a few months in London, I decided I couldn't handle this weather (loneliness) anymore. I move to New York City. Boom. Big city. Millions of people. Great weather. Loneliness does not stand a chance here. I'm looking forward to embracing my new social life. This time it's going to be different. Bright-eyed and bushy-tailed, I walked down Fifth ave feeling like I was walking on the set of a blockbuster film, anticipating Spider-man to swing by the Rockefeller Tower at any moment. I started chatting with anyone and everyone that came my way; The Starbucks barista, Bryant Park squirrels, Pete, the homeless guy. I welcomed my new extroverted life.

Our insidious obsession with online busyness stirs up a lovely cocktail for social isolation.

Once I reached my apartment in midtown, a sinking feeling overhauled my body. I crumbled down and collapsed, lying in the fetal position, crying for what seemed like an eternity. That night I sat chain-smoking on the fire-escape, convinced that something is seriously wrong with my head. From an outsider's perspective, I'm living a dream. I decide to see a head-doctor. Through poking and prodding, I find a well-rated psychiatrist. Hopefully, she can cure this mental disease. After my first session, I was prescribed an array of mediations. Fantastic. It's not me, I just have depression, anxiety, ADHD and a sleeping disorder. And now I have the pills to cure them all! The following months were great. I was rectified. Except, I wasn't. If you had met me on the street, I would have seemed extremely happy, friendly and social. I had many "friends", and I went to many parties. Spoon your way into my soul, and you will see that loneliness was still rotting, a shiny cover of medications masked my authenticity. Loneliness doesn't generally have anything to do with being on our own. It's not always about being alone, it's the feeling of being alone. Being alone and feeling lonely are two very separate experiences. Loneliness arises from an incorrect match between the expectations of our social interactions and our reality. One cannot feel less lonely by merely surrounding oneself with other people. In the same sense, a socially enfranchised person won't feel less lonely because they have spent some time alone. Research by the British Red Cross indicates that over 9 million people always or often experience loneliness - children and those with disabilities report higher levels of loneliness. Loneliness is not only a social problem but a chronic illness. I've often wondered if loneliness is a modern phenomenon or an age-old disease. Today, more people live on their own, work longer hours and utilise technology and the internet to socialise, shop and entertain ourselves. Our insidious obsession with online busyness stirs up a lovely cocktail for social isolation. This cocktail can generate an array of mental illnesses like anxiety, stress, depression and eating disorders which inevitably affects our physical wellbeing. We are, after all, an incredibly social species. Depriving ourselves of real social interaction is bound to have adverse effects. If there was a secret sauce to combating loneliness, I would tell you right here. There isn't. But here's my 2 cents. First, Embrace it. You heard me. Be lonely. Be sad. Don't stew in it, but don't try and hide from it either. My biggest quandary was that I was in denial. I was ashamed and refused to accept defeat. Medication muffled the feeling, but it was nevertheless still there. Then, find closeness in someone. Reassess your friendship choices. I realised that I had a sizable amount of friends, but they weren't close friends, and therefore I felt unfulfilled. It took me a good few years abroad to find my best friends (you know who you are). That person you can call any time of the day, who you can cry in front of without any judgement. That one person that will honestly tell you that your outfit looks like you fell out of the laundry basket. We are human beings that require human contact. I didn't need medication, I just needed a hug and a good chat. I would often blame the city I was in. Seek out flaws that I can point to. But remember this, when you fly somewhere, you're taking yourself along with you, and with that comes your (emotional) baggage. Quoting Alan de Botton "The pleasure we derive from journeys is perhaps dependant more on the mindset with which we travel than on the destination we travel to." Chronic loneliness doesn't have an overnight fix. More often than not, you will never truly escape it. Loneliness is a phenomenon that belongs to our daily existence. Learn to accept it. It's not all bad. Loneliness can help us observe the social world with more perspective. Spending time alone with your own thoughts helps you better understand yourself and others. No matter how isolated and alone you feel. Remember this; the feeling will pass (even though it appears like it never will). Take solace in knowing that a significant majority of the world is sharing your exact experience.

Anmari is a South African kiwi currently residing in Brooklyn, New York. She considers herself a well-travelled individual that seeks out visual pleasures. You can hunt her down in any city by going to the local art galleries or museums. Anmari has been working in the modelling industry for roughly ten years and is grateful for all the incredible people she's met on her journey so far. She is currently working on her bachelors; double majoring in Philosophy and Marketing. Her passion passion lies in art and design and also in a pint of beer. Nothing quite beats a good chat and a cold one.