For everyone and everything 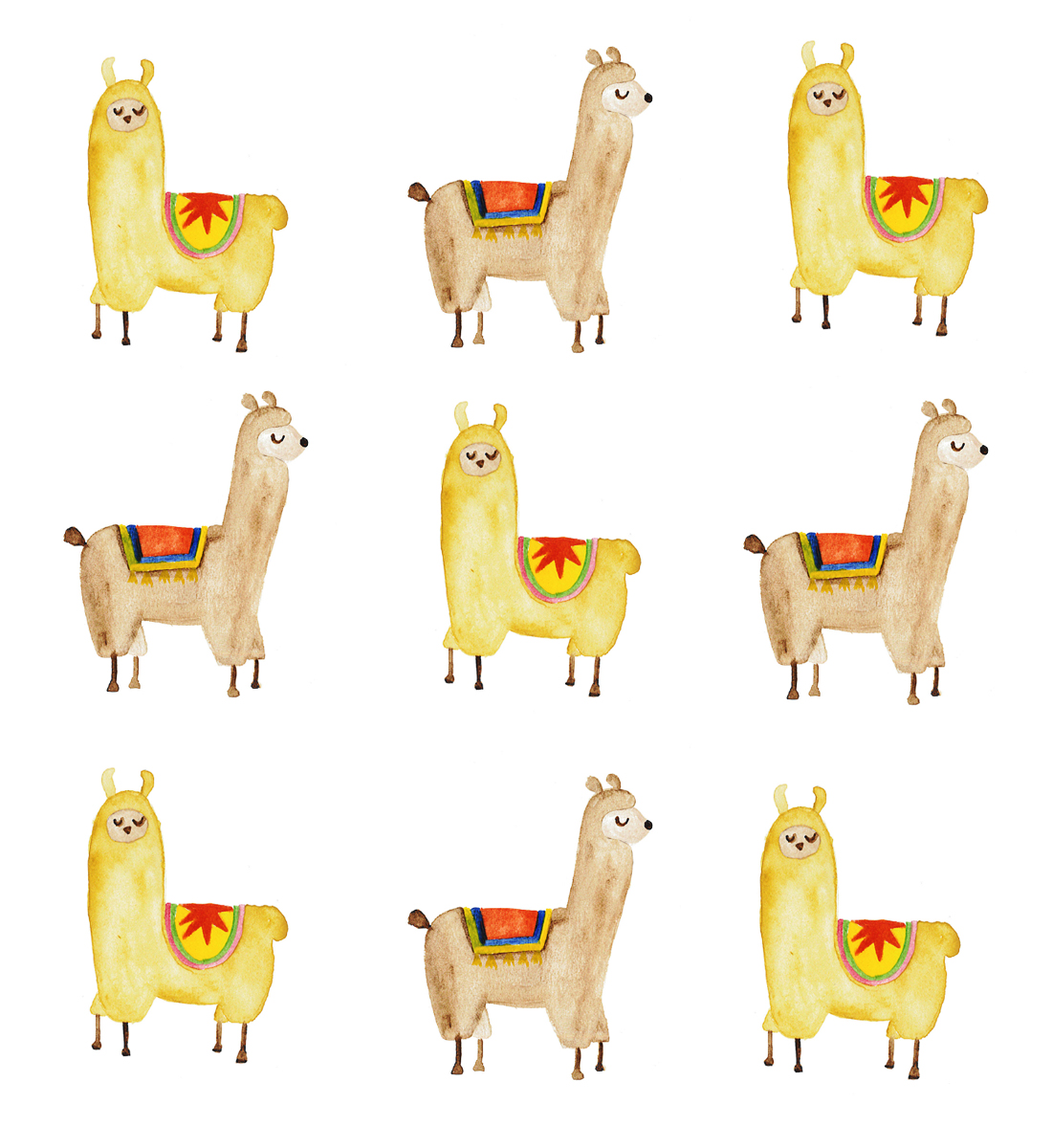 I just cannot shake the feeling of both discontent with my own actions, and the injustice of the dialogue surrounding it.

Climate change, activism and plant-based/vegan diets are a hot topic at the moment so with the theme of justice in mind, I’ve collected some thoughts. The interconnection of society and the impact our actions are having on the environment, animals and our health are complex and profound. However, a discussion around the efficacy of our efforts to change this and whether these efforts offer just outcomes for anyone or anything involved is often dismissed. In my many hours awake at night, thanks to a toddler who has ruined my sleep forever, I try to spend more time learning about topics that actually broaden my perspective rather than scrolling pointlessly through social media. I keep coming back to this conversation because I just cannot shake the feeling of both discontent with my own actions, and the injustice of the dialogue surrounding it. I tend to float between feeling like my actions will never reflect the balance I know is crucial, to feeling like I am definitely doing better than a lot of people. As I write this I am in India where waste is such an accepted part of life, a stark contrast to how generally very clean Australia is. When possible, I buy organic produce to increase the demand for organic farming practices over conventional ones. However, I also recognise that buying produce that requires long haul shipping is far worse for the environment in the short term. I eat a predominantly whole food plant-based diet in an effort to reduce unnecessary animal suffering, increase my own health outcomes and to alleviate some of the impacts that the demand for animal agriculture has on the environment. Regardless of my efforts though, there have been times, especially while travelling internationally, where my options have been limited so I have consumed packaged and processed foods, animal products or less than nutrient sufficient meals. I bring my own cup when I buy coffees on the go. But I also understand that coffee bean cultivation and production has a very dark side. I try to do the whole ‘leave nothing but footsteps’ thing when I travel. I fly regularly though and aeroplane travel is one of the top contributors to environmental destruction. My actions, at times, do not reflect my own ideals and given that I am armed with so much information about why individual actions are so incredibly important it is difficult to feel content. Compounding this conflicting mentality is the constant stream of voices highlighting our inadequacies and shortcomings. Of course, I totally recognise that I am only impacted by this as I know I can do better, but it does make me wonder if this type of activism and awareness-raising is effective? If it is, who is it serving justice to? For instance, if someone were swayed by vegan activism to switch to a plant-based diet, at the outset it may seem like a great outcome. If in reality however, this person went from consuming locally produced meat, dairy and eggs, to a diet consisting of purely packaged and processed vegan products, is the outcome beneficial? While some animal suffering is avoided, the health of the individual and the environment is instantly compromised as a result of this short-sighted form of activism. Recently there have been a string of posts shared across social media in response to controversial activism. They highlight the gap between finding a solution to the numerous problems in society and demonising the actions (or inactions) of people. They serve as a reminder that competing agendas and priorities can be served at once, without disregarding the next. For example, the extract of an essay by Carla Borthwick offers a thank you to everyone doing their part to save the world. She states that ‘Current world issues that you are passionate about, aren’t always what other people are trying to change… and that’s okay.’ Though they are designed to have a positive impact, posts such as this also have the potential to provide justification for peoples inactions. And this is where the issue is. On the one hand, you have the, often very outspoken, voices which focus on society’s lack of effort, and on the other hand, you have the naturally defensive response mechanisms designed to make people feel better about themselves. Neither works. And neither is just. No one wants to be told what to do, or what they are doing wrong. It’s threatening to their core and so they look for some form of confirmation bias to serve them, like the extract mentioned above.

I totally recognise that I am only impacted by this as I know I can do better, but it does make me wonder if this type of activism and awareness-raising is effective? If it is, who is it serving justice to?

Is there a better strategy? At the top level, societal change is complex and layered and something that I believe is begging for radical change. The solution I envisage for individuals like myself however is simple and will provide the most justice to every party involved; people, animals and the environment. All it requires is self-awareness and a reflection to identify your own willingness to make progressive steps to offset the actions of the vast populations who are unable to do the same. Too often the focus is placed on the people who are unwilling and though this is an issue in itself, screaming ‘meat is murder’ is only making the ones screaming feel better (or giving them a sore throat) and disregards those who are unable to make changes. I’m not talking about the family who eats fast food every night because they are too busy or the traveller who takes part in ‘voluntourism’. I’m not even referring to the multiplicity of trickle down issues associated with clever industry marketing. Each of these can be improved upon with one common strategy- a change of perceptions, priorities and an effort to seek alternative information. Some situations might require radical change but for others, it is a matter of simple shifts that will create critical outcomes. These people have access to the knowledge and means to change, it’s just a matter of having the desire to do so. In contrast, there are many situations where regardless of the desire to make changes, certain communities are unable to. Veganism doesn’t translate to communities in so many rural villages. They for the most part cannot choose the form their calories come in. Plastic use is imperative to the health of those whose drinking water is compromised. Until a safer option becomes available, they will rely on bottled water. It is situations like these that make it imperative to those who are able to make changes, like myself and almost every person I know, to offset the ones who are unable. By doing everything in our power to seek alternative information, change our perceptions, and act with respect and appreciation to everyone and everything, we are offsetting those who are unable, whether in whole or in part, to do the same. Shifting my mindset to this notion of offsetting at the individual level has opened up an exponential world of information about food security and environmental impact. Think about the quinoa paradox. Sales boomed as demand increased in Western societies, particularly among vegans and vegetarians who advocate for justice for animals and the environment. The grain was seen to be a superfood for its high nutritional value, and provided another gluten free option on the shelves. However, alongside the increase in sales came significant negative impacts for the region where it is produced. The land of the Peruvian and Bolivian farmers was dominated by quinoa monoculture almost overnight, forcing other crops out. The requirements of the lamas, who are crucial to the cultivation process, increased dramatically. Finally, the local population who, once reliant upon quinoa as a staple in their diet, now cannot afford it. So the just solution? In short, I will choose to skip the quinoa salad for lunch because I am willing and able to. It’s as simple as that. I recognise the impact that my choice would make on other people, animals and the environment. I have the ability to choose something else to consume and I can afford to do so. I am offsetting the person who cannot or will not do the same. For example, I wouldn’t expect someone who has been reliant upon quinoa in their diet for generations to stop consuming this grain as a means to reduce global demand. While I work on finding better ways to show justice for everyone and everything at the individual level, I also want to contribute to the conversation at a higher scale. In an effort to do so, I have enrolled in a Bachelor of Global Public Health with a focus on food security and environmental impact. My hope is that by combining this with my individual offsetting efforts I will one day be content with the impact of my actions and perhaps encourage my peers to follow suit.

Originally from Sydney and now living a nomadic lifestyle, Kate has just completed a masters majoring in International Relations and Islamic Studies. A thirst for adventure and a severe case of ‘FOMO’ has pushed Kate to travel extensively both solo and as a family with her husband and toddler. She does however acknowledge that as a social introvert and a chronic loser of personal belongings, she is the worst type of traveller. Her personal accomplishments in life include surviving a street dog bite on a remote Cambodian island and never having lost her passport. You can connect with Kate on Instagram: @katelouisedenham