It's so easy being green. 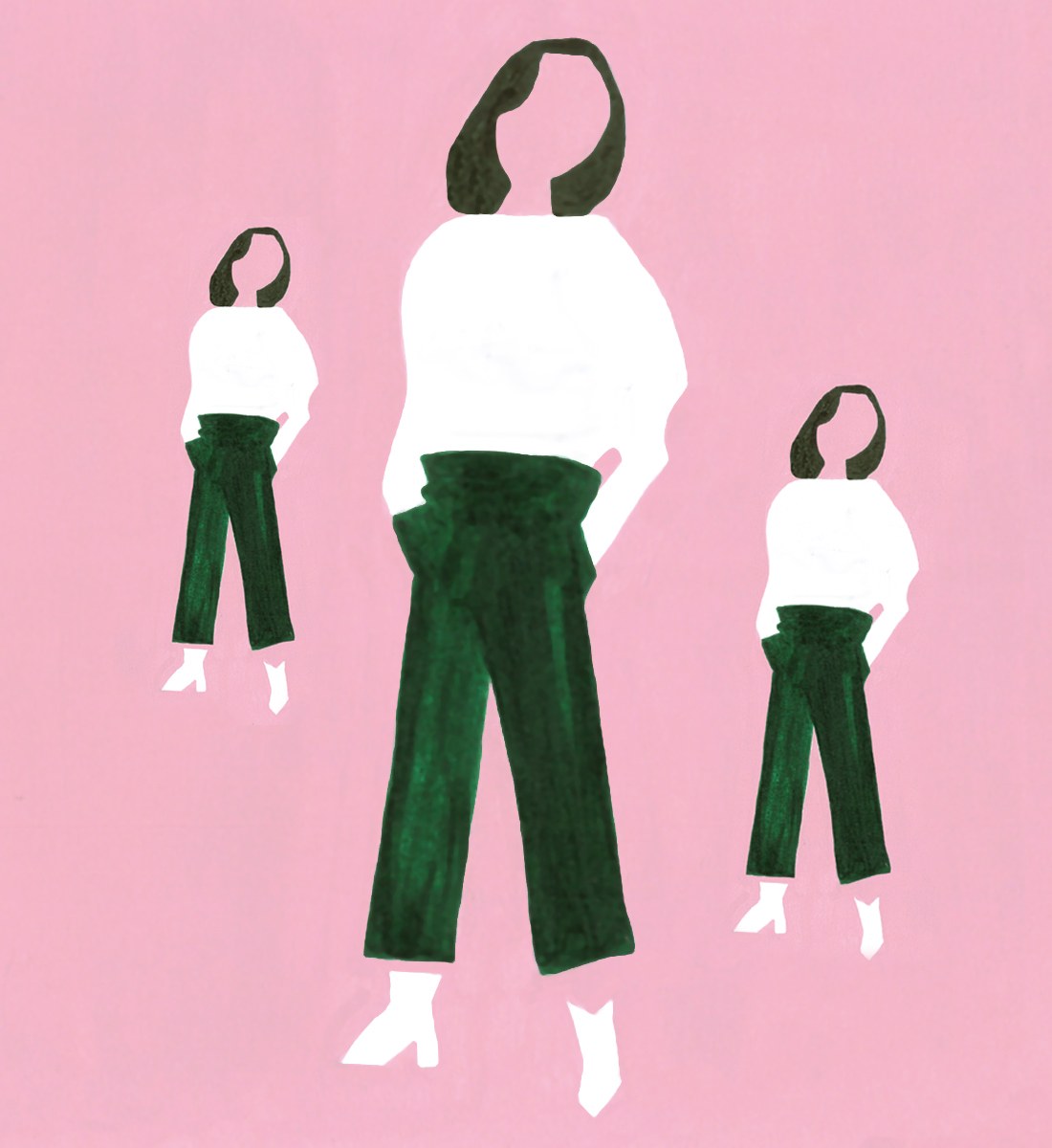 The world had pitted you against the very people you should be in arms with. I don’t blame us for succumbing to the pressure either, particularly when we are all taught that to get ahead you have to ‘play the game’.

I’m a terribly envious person. As green as they come despite knowing that it doesn’t look good on anyone. The irony is that green is actually one of my colours – works with both my skin tone and my eyes. That’s the rub with envy: we all know it’s not good for us but golly it makes you feel good sometimes. It gives you that “it’s not my fault, it’s out of my control, the world is unfair, life is unfair” feeling and let’s be honest, that’s way easier than taking responsibility. I’m an identical twin so was trained in how to feel envious from a very young age. When someone who is, from the outside, exactly the same as you gets things that you don’t, it’s a slippery slope into victimhood. When you start going through major life events at the same time, the world compares you. “How did the twins go?”, “What score did the twins get?” were questions that came pouring in through the home phone in the middle of the living room, right when you thought you were safe at home and your defences were down. I didn’t want to compete with my sister for anything, and my parents never encouraged it (Mum without a second’s hesitation rolled out the “they both did amazingly well”), but it felt like the world was telling us to. It wasn’t until my first full-time job when I realised this wasn’t just how twins or sisters felt, but how women felt. The world had pitted you against the very people you should be in arms with. I don’t blame us for succumbing to the pressure either, particularly when we are all taught that to get ahead you have to ‘play the game’. I believe it was the esteemed TayTay that said, “The players gonna play, play, play, play, and the haters gonna hate, hate, hate, hate.” We took her adage a little too seriously and started discrediting other women and their successes we were behaving the very way we’ve criticised men for doing for years. We lost all the emotional intelligence we’re usually so proud of, squabbling in the shadows and behind each other’s backs. This behaviour is destroying our peers’ ambition and self-esteem and turning that glass ceiling into cement. But it’s not our fault, right? The world is unfair, right? Wrong. It was witnessing the women I admired operate with such duplicity, that it inspired me to read about envy. Now, I’m no psychologist but I was eating up articles on projecting your insecurities, and how spending every day in unhealthy workplaces results in degradation of inter and intrapersonal skills. They all sound totally legitimate – and they are - but then I stumbled upon a blog that punched me in the guts and whilst I was still doubled over, it held up a mirror and said, “This is why we can’t have nice things!”. “Women live in a tension between their positive and negative selves – a duality that enlivens us when acknowledged, but is destructive when ignored. It is easier to suppress introspection than to practice it.”

It was high time I acknowledged that I’m fighting a persistent battle between the peaks of the pursuit of positivity and the inevitable trough of negativity.

You’re probably sitting there thinking “Get off it lady. You just told me you aren’t a psychologist so don’t harp on at me about the duality of my personality” and you’d have every right to. It might not be you, but oh golly, it’s definitely me. I think when I read it I knew deep down that I needed to be forced to take responsibility for my envy. It was high time I acknowledged that I’m fighting a persistent battle between the peaks of the pursuit of positivity and the inevitable trough of negativity. Sometimes it feels like a gruesome, one-sided battle. It can get pretty Red Wedding up in this brain. Noone likes acknowledging their own shortcomings. It feels pretty gross, especially when memories of mistakes you’ve made or all those times you’ve put your foot in it visit you just before you fall asleep, it’s all you can think about and you just want the mattress to swallow you whole. It’s so much harder to stop your mind from going back to those troughs of negativity or feelings of inadequacy now because we’re consistently presented with people who seem to have it all, right there in the palm of your hand. I nearly said in your pocket but don’t lie to me. Your phone never leaves your hand. All of the time we spend feeling inadequate or disadvantaged is now compounded by the place where reality goes to die - Instagram. Why do I scroll through Instagram first thing in the morning? “To stay up to date with my friends” is what I tell myself, as I slowly morph into the same hideous liar that’s sharing #todaysoffice and #blessed. I should be turning the tall tales I tell myself into sponsored Instagram posts. At least I’d get some free stuff instead of just growing anxiety and feelings of failure. Eventually, when my phone runs out of battery and I’m forced back into reality, I get a little perspective on my envy and start to think about how to get over it. I flip flop between passive and aggressive approaches to dealing with my envy. On some days I look at it like we look at injustice. See someone doing or saying something destructive? Speak up. Feeling angry? Use it, affect change, make a difference. Other days, it’s about finding my zen, noticing my envy and my breath by doing a 30-day yoga challenge (well starting one - I’ve not yet made it past 2 days). Don’t get me wrong, I’m still not great at sitting in my introspection because it just feels too damn good to be the victim. It’s so easy to suggest spending time with fewer materialistic and greedy people but it’s often not those people that we’re envious of. I’m envious of the person that has more sunlight on their side of the office, the person that lives in the same city as their family, the person that isn’t intolerant to dairy, and the person who actually likes exercising. Perhaps it’s just about learning to recognise when you’re drifting into envy earlier and earlier. Perhaps it might help to just acknowledge that it’s universal. If you can convert envy into motivation well then, I take my hat off to you (and aptly, I envy you a little). I’m not going to set myself up to fail by expecting to change overnight, the same way we can’t expect society to change overnight. So for now, I’m going to commit to acknowledging my envy, sitting in my introspection for longer than is comfortable, and learning to shake it off, shake it off, shake it off…

Victoria is Adelaide-born, Sydney-inspired, and now Melbourne-nourished. With a colourful career spanning both the arts & tech, she's happiest listening to The Ink Spots, drinking wine, and watching true crime documentaries. Regularly hosting and speaking at events, Victoria is passionate about encouraging women to pursue projects & opportunities despite years of conditioning that tells us we shouldn’t.