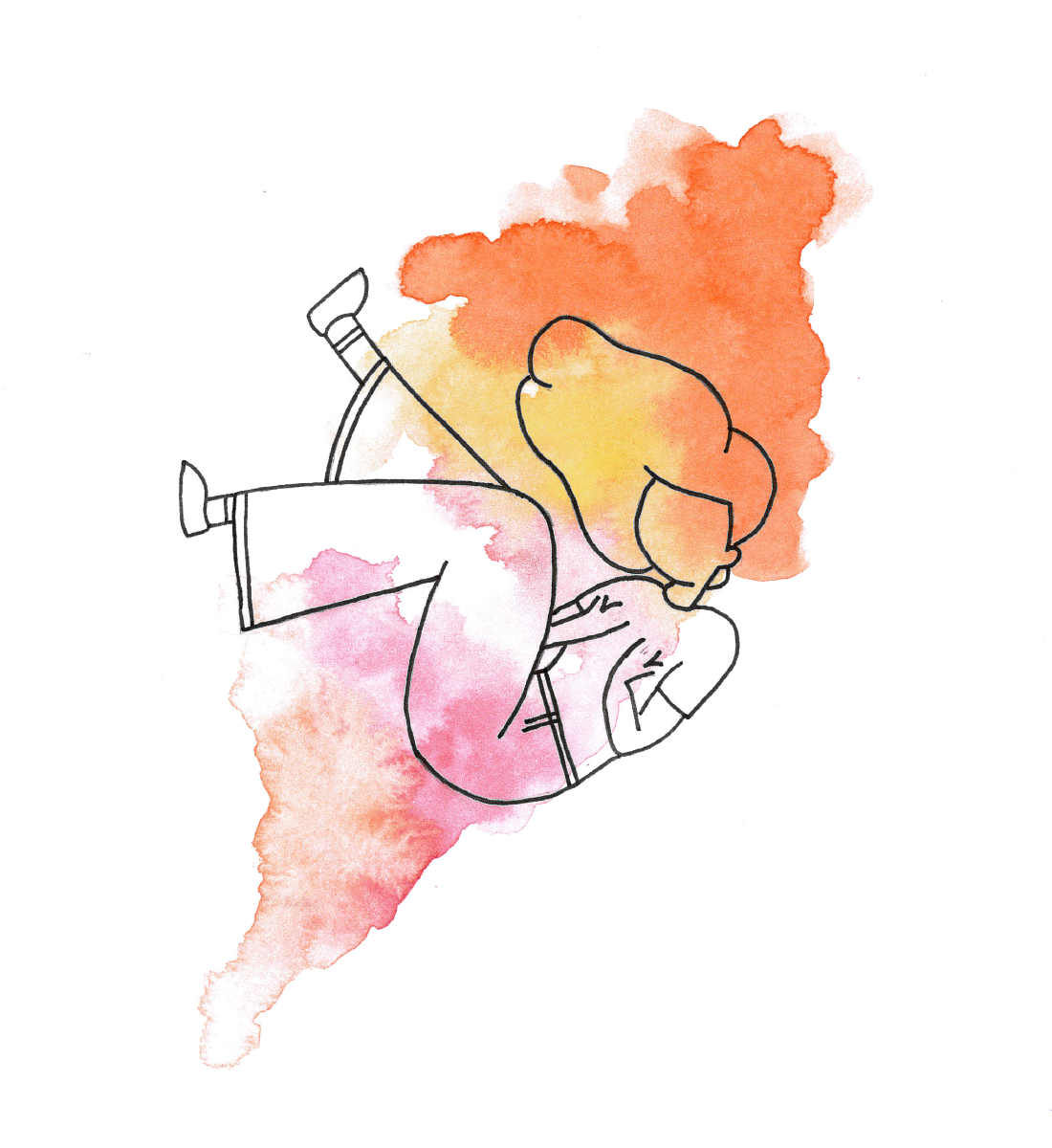 Nicola has had to practice bravery at a level many of us can’t understand, she remains modest, driven and wonderfully stubborn.

At the age of 27 Nicola’s life was turned upside down. On no particular day, it might of been a Saturday, she’d gone for a coffee with a friend and they were busy chatting all things illustration when she had her what was to be first of many seizures. At the time Nicola had no idea what was happening and it was only when she awoke in the ambulance on the way to Kings hospital, London, that she began to realise what had happened. The obligatory tests were at first unclear, Nicola had never suffered anything like this before, but after a few more tests it became apparent that Nicola had a brain tumor. The unfortunate reality is Nicola has had to temporarily shift her aspirations. However, despite a complete change in the way Nicola now lives her day to day life, she remains incredibly positive with a great enthusiasm for life and has now become a advocate for all those experiencing similar circumstances. Nicola has had to practice bravery at a level many of us can’t understand, she remains modest, driven and wonderfully stubborn. We interviewed her on the topic of bravery, dissecting the word at the most challenging point in her life and in the aftermath of her brain tumour understanding how she continues to exercise bravery everyday.

I see people’s bravery reflected in the strength they use day-in-day-out, from overcoming fears of swimming or even going to the gym, to choosing to make a statement about what they wear.

I can’t think of anyone who would disagree you have had be incredibly brave but what does the term ‘bravery’ mean to you? Everything and anything! It means a hell of a lot when it comes to cancer, even more so if it’s a brain tumour, I really had to use all my strength to fight off my tumour, it took a hell of a lot of willpower. That’s bravery to me, the ability to persevere in face of it, to fight all the way. You mentioned it took a hell of a lot of willpower, where did you find that willpower? Did you know it existed within you before that point? I kind of knew it was there, and at that point in my life it had to come out! If not then, when? It was going to help with beating Terry’s butt… [Nicola modestly named her tumour - Terry] This may seem like a an obvious question now, but have you ever had to practice ‘bravery’? It was during my Terry time, I had to battle him to the ground! Bravery helped me do that, when I felt most vulnerable, my bravery allowed me to keep going and I am so glad it did, as I now have a significant amount happening in my life. Bravery was also the thing that allowed me to push boundaries, I have completed walks of 26 miles, presented on Sky News and donated my birthday money to charity. You have really had to practice bravery and a lot of people describe you as brave, but what do you think it means to have ‘bravery’? If you’re human then it’s a natural feeling really - that’s all that can be said. How you choose to implement it is up to you, but we all have it. You have had experiences in life that many can’t relate to and hopefully many will never have to experience, but how has your experiences changed your understanding of ‘bravery’? Oh, it’s changed completely! During my brain tumour - I had to find a bravery like I had never known before! Before that I thought the bravest I had ever been was when I was bullied at school. I was bit of a wimp but you need courage and a lot of strength when it comes to beating those who call you rude words and pick on you. Bravery helped me overcome that and helped to put me in a much better place, as it has again while fighting off cancer. What about other people, have you ever admired ‘bravery’ in another person - when and why? Yes of course! I’ve just watched Stronger, a film adaptation on Jeff Bauman, the 2013 Boston Marathon Bombing attack survivor. In the film it showed him before and after the marathon and his support for Erin Hurley, now his wife. He was outstanding and continued his life no matter what, again it’s that bravery in perseverance that I really admire. But much closer to home I see people’s bravery reflected in the strength they use day-in-day-out, from overcoming fears of swimming or even going to the gym, to choosing to make a statement about what they wear. Do you think there is a difference between a men’s term of 'bravery' and a women’s? None at all! Finally, is there anything you that you haven’t been brave enough to do - why? Having had a cancerous brain tumour helps put things into perspective, I now am in the frame of mind that I can’t not take any risks throughout my life - so with that in mind I’m strong enough to try everything and anything and that is an incredible feeling.