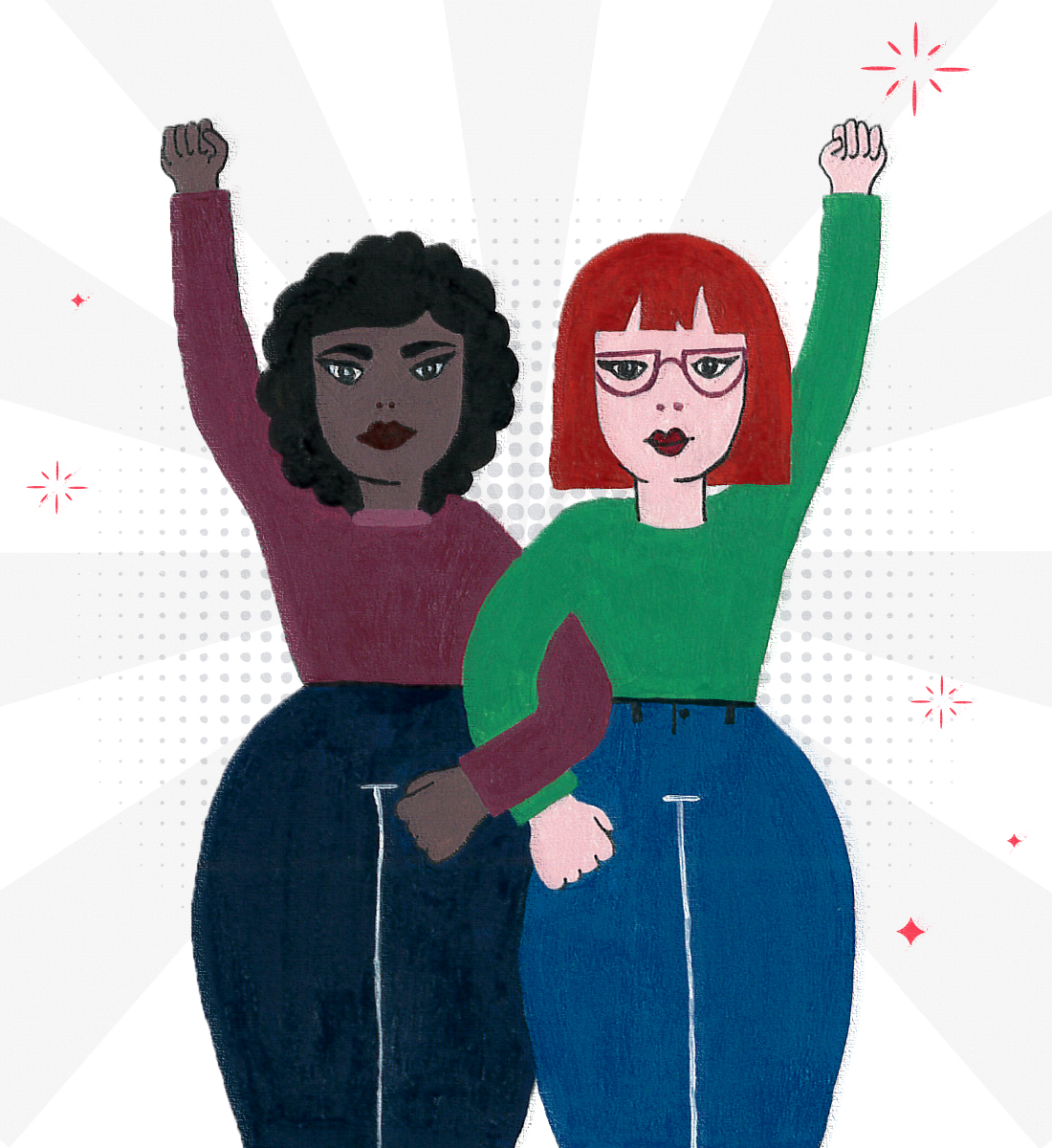 A really good right hand man has to bring something to the table that the boss doesn’t already have. Whether that’s a specific skill set, style of thinking or just inherent charisma.

I’ve always been fascinated by the concept of a right hand man. It’s an excellent trope, and is used in some of my favourite books and movies. A well-written number two is an effective way to play with character dynamics, explore power structures and just add some engaging personality to a story. I have a tendency to daydream, imagining myself in fantastical scenarios or reworked (read: improved) versions of the media I consume. Lately, I’ve noticed a clear trend in these narratives where I’m almost always second in command. I’m never in charge. Of course, it’s all in my head, so I have the freedom to imagine anything I like. While these little running stories aren’t necessarily deep or existential — or anything other than a product of my own intolerable boredom — it’s good practice to acknowledge and unpack patterns in the ways we think. So, why don’t I picture myself at the top? Put simply, there’s an appeal to the right hand man that I’ve never gleaned from (hypothetically) being in charge. There’s always someone in charge, of course, as the dynamic inherently takes at least two to tango. In these dream worlds there’s usually a hard but capable superior who’s tough and emotionally distant with 99 per cent of their underlings. But the right hand man is the exception. The right hand man of my imagination is trusted and relied on. They’re capable too, but don’t have to take themselves too seriously because the fate of the world/their team/the job doesn’t rest as heavily on their shoulders. While the boss sweats the small stuff, the number two can get by on charisma, confidence and faith. There are two main results of this. Firstly, they can cross the elusive boundary from colleague or minion to friend and confidant, thus instilling loyalty from their all-powerful boss. Secondly, they prove themselves clever and reliable enough to not have to follow all the rules the other lackeys operate under. Talent breeds trust breeds autonomy. It’s probably useful to compare this concept with other power-related tropes. Held up against the role of a sidekick or yes man, for example, there’s a subtle but important difference. I’ve slipped unwittingly into a sidekick role more than once in non-fantasy life, and a fear of ending up back there has bred a very specific kind of vigilance. A really good right hand man has to bring something to the table that the boss doesn’t already have. Whether that’s a specific skill set, style of thinking or just inherent charisma. If the boss is hot-headed and reckless, their number two is rational or a stickler for the rules, and vice versa. This mutually beneficial setup is the key to both a believable narrative and a compelling character dynamic. A sidekick, on the other hand, is often just another set of hands or an injection of comic relief, usually with a neatly explained relationship to the boss that justifies their position. They might be kind, quirky or funny, but in the end the hero could probably get along just fine without them.

There has to be a difference between empowerment and power, or maybe I’ve just lost sight of what power really means. It can’t just mean being a CEO, queen, or mob boss, can it?

In a recurring daydream, I’m the right hand woman of the devil himself. In another, the Brad Pitt character in an Oceans-style heist team. Both characters serve a similar purpose. They’re clever people-persons, tasked with rallying the troops and dreaming up creative solutions to problems. They expertly walk the delicate balance that comes with being an extension of their leader’s power; blessed with well-earned status and authority, but without all the pressure and responsibility of the leader themselves. Ultimately that’s what a lot of this internal debate comes down to. I can acknowledge that I don’t put myself in a position of true power because I don’t want the responsibility. I’m not up for the job and, frankly, I don’t think I deserve it. All of this is to say: why? Why, in my own imagination where anything is possible, do I never put myself in charge? Honestly, sometimes it makes me feel like I’m being a ‘bad feminist’ or accidentally setting my own gender back a few steps. While feminism is complex and layered, it often feels like power is the goal. And while I obviously believe that women should be allowed to hold as much power as men systematically do, I clearly don’t believe that I should. One reason I’ve toyed with is probably illustrated by the daydream examples I could think to include, and that’s the possibility that I’m just not a very good person. While I stand by the fact that professions like jewel thief or magical demon are just more fun to think about than the goody-two-shoes alternatives, I can’t shake a sense of guilt that I don’t dream about being a benevolent queen or beloved philanthropist. It’s an issue I debate with myself every day and discuss at nauseam with my therapist, dissecting everything I do and say for evidence of inherent evilness. I’m never polite enough, or forgiving enough, or selfless enough. Ironically, it’s moments like these when I feel most like a woman. It’s much easier to be evil when you’re a woman, because the standards are higher and harder to consistently achieve. And if you don’t reach those ideals, what right do you have to hold any real power? So, maybe I don’t see myself in a position of power because I don’t think I could take the heat. I couldn’t be trusted to do the right thing, and would end up an evil dictator. After all, it’s a trap lots of powerful people have fallen into. Abstaining from power, even in my own head, is the morally right thing to do. There’s got to be some other woman out there, I argue, some saintly woman with big plans, rock solid principles and the good of mankind at the forefront of her brilliant mind. If that woman were in charge, I’d make a wonderful second in command. I can easily reason my aversions out, even if it means putting myself neatly in a little box of guilt and self-deprecation. Having a reason feels essential, because admitting that I don’t like responsibility feels like a faux pas. How can I say I’m in it for the long haul in the fight for equality if I’m so obviously not willing to step up and be a powerful woman? I’m putting these rules and expectations on myself, I know, but the urge has to come from somewhere. It’s hard not to fall prey to cookie-cutter, destined-to-be-a-shirt-slogan definitions of feminism. Female empowerment, a seat at the table, the right to be in charge — they all sound delicious. But when you’re duking it out in your own head, it all feels so much more complicated. There has to be a difference between empowerment and power, or maybe I’ve just lost sight of what power really means. It can’t just mean being a CEO, queen, or mob boss, can it? I want the power to live my own life unimpeded, to not feel like a bad person all the time, and to feel secure in my own worth. Looking at the versions of myself in my head — who they are and what they represent — I get an idea of what I really, really want. I want to feel respected and valuable. I want acknowledgement. I want someone to look at me and tell me I’m talented, capable and special, and say, “Hey, I want you on my team”. I want to feel confident about my skills, and not feel the need to dissect everything I do and wonder if it was good or pure or effortless enough. That’s what power looks like to me. It’s what I want other women to feel, too. I want the world to cut us a little slack and let us figure out what we’re good at and what we want. And if any of those women come to the conclusion that they want to be the world’s best jewel thief, I am available for hire as a really fantastic right hand man.

Maeve is a writer who doesn’t like calling herself a writer. She lives in Melbourne, Australia and is currently using her journalism degree in the worlds of fashion media, copywriting and wherever else she can make a buck. She loves movies, Dolly Parton, go-go boots and her hair, and will probably go back to uni one day due to a relentless habit of changing her mind and picking up new hobbies. You can find her occasionally self-promoting on Instagram at @harrietthespineless.