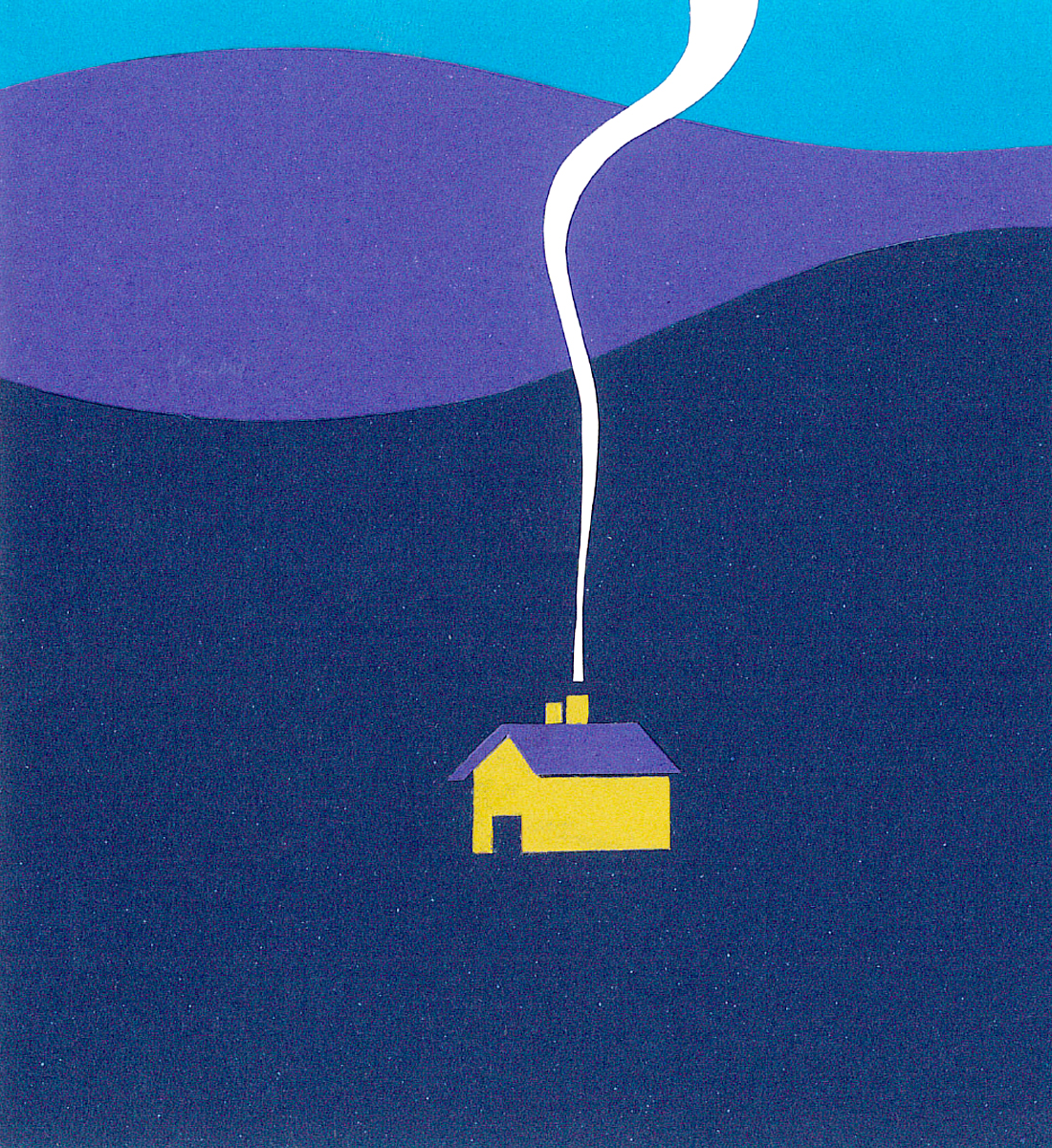 Giving yourself space is really important to sort of feel out what you want.

Over the course of my 20s, I have done a lot of things that to others may appear as brave, lonely and/or fiercely independent, like signing up to sail across the Pacific Ocean with no previous sailing experience… and some others that I’ll get to later. First though, I want to introduce someone who really epitomises what it means to lean into these attributes. Annelies Zwaan is a designer, a musician and a trainee midwife. Like me, she is also fiercely independent; she is the lead architect and builder of two tiny houses – a feat I couldn’t even consider attempting. She has also made many brave choices while in her 20s. Just one of those was to quit her prestigious master’s degree in The Netherlands to move back to New Zealand and make furniture from reclaimed materials in post-earthquake Christchurch. Another big decision Annelies recently made was to give up her design career and retrain as a community midwife. It is this experience in particular that I wanted to chat to her about for this edition of Artemis. You see, Annelies and I share a bond in that we’re both from small towns in coastal parts of New Zealand’s North Island. We met at boarding school as teenagers and since then have maintained a friendship across continents and islands. On the cusp of both of us hitting a new decade, I’ve been thinking about the decisions we’ve all made in adulthood – you know, the ones that others look and go ‘wow, that’s brave’ (or crazy, in the case of my sailing trip). I realised that as friends who were brought together by distance, and indeed whose friendship was the product of its presence in our lives, that maybe we have been influenced by this term more than I have previously given it credit for.

Distance is about giving yourself permission to seek out space.

A shared approach towards doing things differently So, one rainy afternoon while she was on midwifery placement I skyped with Annelies from my home in Wellington, across the Cook Straight from the South Island where she was. Seeking out a way to understand and conceptualise the role of distance in our lives in relation to the independence we’ve sought out, I wanted to chat with her about how this term has influenced in her own, brave journey to become a midwife. “It’s a hard one to articulate,” says Annelies at the start of our chat, “because something about space is so important.” This is something that I’ve always valued in Annelies – an ability to reflect and to find the perspectives that I sometimes can overlook. “Giving yourself space is really important to sort of feel out what you want,” she went on to say, “and you can only really do that with distance.” To give a little more context, Annelies is approaching the final semester of her degree and has made some big choices about proceeding with midwifery. After fighting against the expectation of city living she is hoping at the end of this year to finally return to the community she grew up in, and there she wants to start her professional practice. This puts her in a rural setting as opposed to an urban environment. She will also practice as a community midwife as opposed to being based in a hospital or a birthing unit. All of these, along with her initial move to retrain, are decisions that require her to venture down a brave road that goes beyond the more expected career path. What I conclude from our conversation is that distance is often perceived as something, ironically, to quite literally move in the opposite direction from. It can be something to fear and is often seen as having a negative role in our lives. Yet, if we pay attention to what we can learn from it, I believe that distance can be a powerful wayfinder. As Annelies alludes to above, it can be a means of orienting ourselves towards a life that requires resolve, resilience and resourcefulness. And being driven by these qualities can get us closer to a way of living that is intentional and aligned to our core values. This is what she elaborated on during our chat.

Distance can be a means of orienting ourselves towards a life that requires resolve, resilience and resourcefulness.

Deciding to walk towards distance “I think for me there’s definitely a sort of intangible draw to rural areas,” says Annelies over skype, as we get into discussing why she’s decided to start her midwifery career in the countryside. “I never feel quite as grounded and happy as when I’m somewhere rural. But one thing that I’ve always found as a push and pull in terms of going back to a small town is that it feels like it’s something you’re not supposed to do.” “You’re supposed to want to be in the city and have a fancy job. It’s like being somewhere rural is somehow ‘less than’, because it’s often isolating and we’re all meant to be these little social butterfly creatures that are forever taking ‘grammable’ photos. Not only do we value qualities like being ‘fast-paced’. But also, it’s even in just the simple thing of extroversion being seen as a positive and introversion being seen as a negative. Therefore, if you’re choosing to live in an isolated place you’re probably much more likely to be an introvert and therefore less worthy as a person. “Which, we all know is ridiculous. But, it goes quite deep into our values,” Annelies continues. “Humans are social creatures (because we needed to be to survive), so there is a real ingrained risk in choosing to isolate yourself. This is something that perhaps feeds the idea that physical isolation isn't a good thing and hence it arguably being seen as being a brave choice to pursue.” But, Annelies adds that although being far away can be really tough at times, on reflection, it opens up a whole lot of possibilities as well. It’s these possibilities that seem to me to be at the heart of her decision-making process. Despite the societal distance caused by choosing a physically distant path, Annelies has decided to orient herself towards a future that looks beyond the norms and seeks out different qualities in her daily life. “One thing is distance gives us is the chance to really develop who we are as a person, outside of the influence of what others think” she says, “you really are forced to come to peace with yourself in a way that you can’t do when you’re busy and in the rat race. “The other thing that distance really gives us - that isn’t always appreciated - is it teaches you to be incredibly resourceful,” Annelies adds. “Because you just have to be. Even if it’s something as simple as seeing a river in flood and having to figure out a way to gauge if it’s safe enough to cross it or not. Or having to figure out how to make a meal out of whatever’s in the fridge because the shops are an hour away and they’re going to be closed by the time you get there.” “I think that what we forget about in this consumer-based society is the power of resourcefulness and the power of knowing yourself and knowing your abilities and continuing to try to work on them and have these abilities be part of your daily life rather than something you go on a wellness retreat for.” These are all qualities that spill over into Annelies’ professional work too. “I definitely think that resourcefulness plays into how I try to practice midwifery and how the women in rural environments have to be. It requires everyone using the resources they have and because you’re often in remote locations, these tend to be simple. The way that I’ve started to think about is if I could prepare women so that they could give birth by themselves, because in reality that may happen in isolated areas, then I’ve done a good job. Because they’re actually prepared to be their own midwife if they have to. And that’s a pretty cool thing.” Reclaiming distance as a quality The result of walking towards rather than being paralyzed by distance is that it can flip on its head some of the social norms Annelies earlier talked about. Success is often equated with urban life, but here in rural New Zealand, is someone who is learning to give women an empowering gift in the form of knowledge and tools for resourcefulness and resilience. This really made me think back to the choices I’ve made – some of those brave, independent, lonely ones. Like deciding to quit my PhD or moving overseas to a country where I didn’t speak the language and didn’t have a job lined up and had only saved enough money to last three months. Perhaps, part of the bond Annelies and I share – along with many of the other people in my life – is that we’ve had to learn how to cope with having physical and social distance as a constant in our lives. For kids of rural environments and friends who met through the physical space that existed between us and our families, distance has been a seminal experience. I know that for me, it’s deeply tied to how I have walked through life. This much I knew and understood before. But speaking to Annelies has enabled me to reflect on the term with a kind of curiosity I hadn’t given it the time or – ironically - the space for. Distance, you could say, is a wayfinder for having the resolve to do things differently, the resilience to overcome adversity and the resourcefulness to thrive outside of expected norms.

Hannah Spyksma is a communicator, a connector and an enthusiastic, people-person. She loves a good project and is at her best when surrounded by people turning ideas into stories. She writes about all kinds of issues but is particularly interested in exploring topics to do with media and society, culture and difference, and/or climate and environment. Read more of her work at hannahspyksma.com or connect with her on twitter.