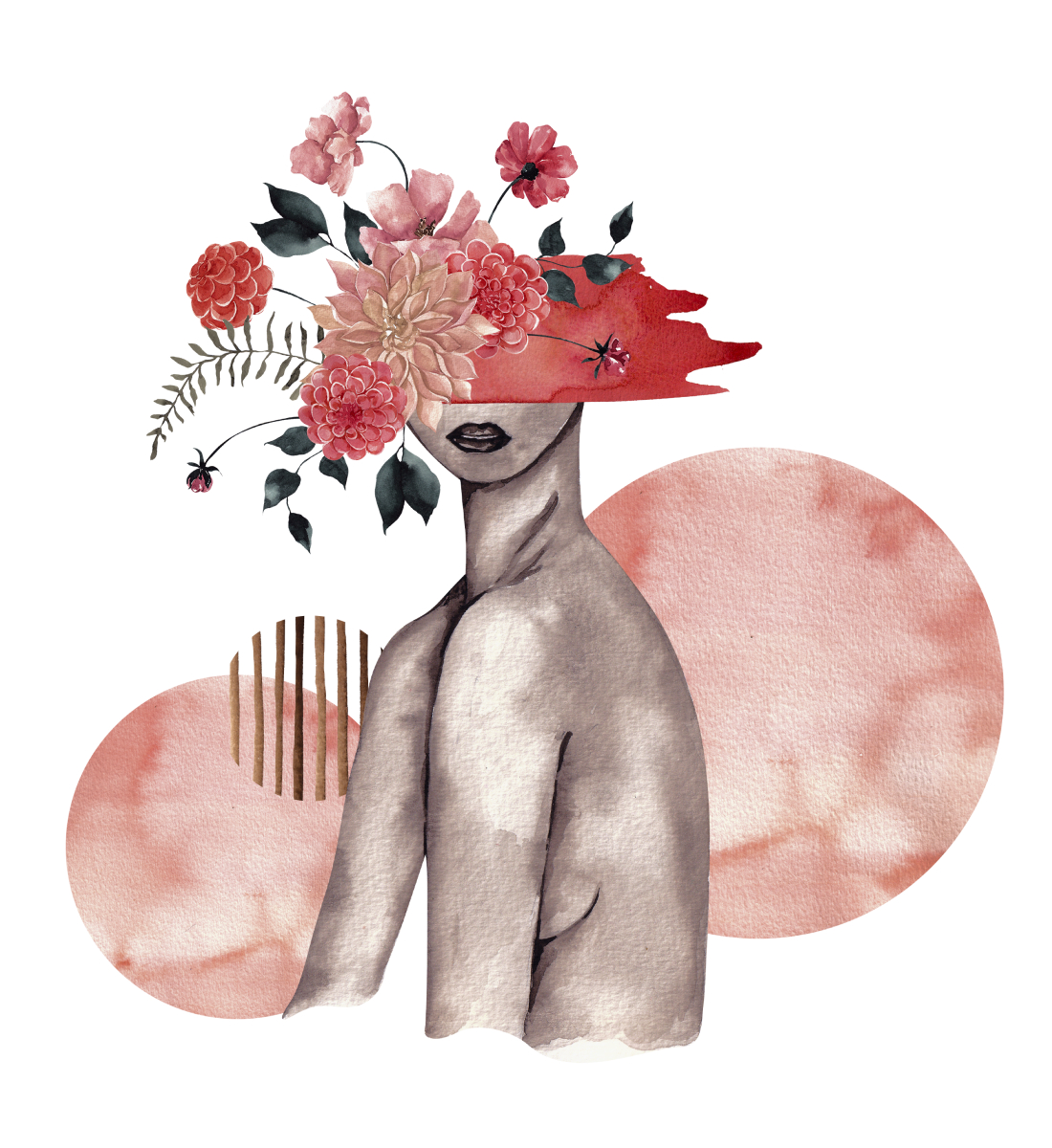 Defining my own womanhood as an act of rebellion, revolution even.

As a young girl, I never thought much about Womanhood, or what it meant. The women around me seemed content in their societal constructed roles. They aspired to be wives, then mothers. In that order of course, because you know, the bible. They relished the idea of serving as help-meets of their god-chosen husbands, heads of household, with a joyful pep in their step. The opportunity for self sacrifice was cause for gratitude. “We should be so fortunate that a man chose us to marry, impregnate, care for, and rule over,” was their sentiment. The goal was to become the ultimate Proverbs 31 woman. First to rise in the morning, last to lie down, caring for her family, savvy with money, doing good in the community, making her husband shine, all those things every woman should aspire to, and strive toward. Even though I thought little of it, I was far from indifferent. Not so deep down, I didn’t like it. Womanhood largely defined by your ability to be chosen by a man, and give birth, cook, clean, sit properly, legs crossed at the ankles, dressed gender appropriate. In all honesty, I didn’t just dislike it, it despised it, rejected it at my core. I never wanted a husband nor children as a result, defining my own womanhood as an act of rebellion, revolution even. They would not make a living human sacrifice out of me. I saw the scam a mile away. Not that the women didn’t seem happy. I just knew there was more to womanhood than being a portion of a ribcage and becoming a wife and mother. There had to be more. Being the traditional Woman with Morals sounded confining.

Somehow, life has a way of kicking your ass and snapping you back into the reality that in order to get along, sometimes you have to go along. I am both the things I dreaded, wife and mother. While my children are my total universe, that is what I feared. My heart, so tied to someone else, that the status of their happiness, safety, and well-being has the power to determine and influence my decisions, my fate. Risking all of me and gambling on the rest just for them to be ok. For me it has not been that bad, but the self sacrifice is constant. I see why some women check out, or run. Condemned to a life of survival over peace, mere existence over living. Excellence in survival is our mandate. Many of us can not have it all. It is sometimes the price we pay for being born black and female. Or just being born female in general. Men don’t experience this. I have come to the conclusion that we must have no attachments or obligations to truly be free. As long as we are tied to someone else, the burden of sacrifice, if any, will land on us. Most of us are so used to it that it is our normal. I have personally witnessed this over the last year during the pandemic. My entire family at home, each day, impeding on space I once called my own, infringing on my time. Despite having plenty of work myself, there is an expectation that as the woman of the house, I am not allowed to focus on any one task at any given time. I have to be able to complete a puzzle with the toddler, while troubleshooting internet issues with the 4th grader, conducting my own conference calls, and then prepare dinner with the groceries that I somehow managed to go out and buy, all while attending a virtual PTO meeting. If I want a career or other pursuits, I have to pay for them. We have to wear all hats, and wear them well. It makes being the Woman with Obligations exhausting, and she can easily become the Woman with Resentment.

According to a Google search, “Womanhood” is defined as “the state or condition of being a woman” and “the qualities considered to be natural or characteristic of a woman”. Both definitions sound pretty straight forward, right? I’m sure for many of us it isn’t. What exactly are qualities characteristic of a woman anyway? It has been my experience, that womanhood while complexed and intricately layered, it is beautifully simple. At our core, we want the same things. We want to be accepted, valued, and heard. Possibly, these are our desires because we’ve been denied so long, but it’s what we want nonetheless. Our methods of pursuit and acquiring or establishing value are different. We try to avoid our value lying solely upon the polarized spectrum on which we’ve been place to one side or the other; hypersexualized due to our visual appeal (i.e. boobs and booty) versus our traditional roles (wife, mother, caregiver), which frowns on sexual expression. Does being identified with one category make a woman more or less of a woman? Who defines the degrees of womanhood? If men never had an influence on how we perceive ourselves, or each other, would there be degrees? How often are we as women corralled into certain roles because of society and circumstance?

Biological sex is only a fragment of our gender and identity. We are so much more! To me, Womanhood is all encompassing femininity. It’s both sparkly six inch heels and retro jordans. It’s the bubble gum popping, double dutch jumping pig tail wearing girl turned grown ass woman with the waist length weave, MBA, fighting her way to the head seat of the corporate conference table. Womanhood is the doula, the mother giving birth, the daughter born into ready hands and a biased world. Womanhood is the son turned daughter sneaking and wearing mom’s red pumps, balancing the height better than the women in his/her circle. It’s the rolling eyes and sashayed hips on her way to the salon because she’s gotta look fly for the weekend. It’s the resilient She-energy in the girl they called he, tomboy, dyke, tramp, slut, whore, bitch, or ugly. We are never who they say we are.

Womanhood defined isn’t black and white, right or left but both complex and sweetly simple. Most of us can recall a time when the manifestation of what Womanhood truly is for us individually, descended upon our innocence like the morning sun over a desert horizon, pouring light in, stretching its luminescence to even the darkest far reaching corners of our psyche. Sometimes not as gentle. Nonetheless, we become closer to who we really are with every passing second from that moment on, letting go of jaded perceptions of what it means to be a woman. Whether it was the onset of menses or our first time, when we marveled at our breasts and curves sculpted by mother nature herself and genetics, into our own unique shapes, that moment is as real as stretch marks and cellulite. Even if at times, we barely recognize our own faces, we return to ourselves. Womanhood realized comes with a great embattled juxtaposition of empowerment, pride, and anger. To be a woman, while all powerful, cosmic energy, hear me roar and all that jazz, is a burden in this world. It is accompanied by everything from small annoyances like a monthly visit from Aunt Flow to full on challenges such as sexual harassment. The constant battle of saving both ourselves, our daughters, and the generation of women behind us from being crushed under the weight of patriarchy. In an alternate more perfect and balanced society, we would be revered and in control. Instead, here on planet earth, the battle to exist in all our femme glory, rages on, decade after decade, generation after generation.

Of course, the plight of womanhood is not as depressing and foreboding as it sometimes seems. We are in actuality the most powerful beings on the planet. I mean, come on. We harness life, within our wombs entire human beings are cultivated, and from our vaginas they emerge into this plane. We produce disease and virus fighting liquid gold that is unique and specific to our children’s needs. Our ability to multitask is unmatched. Our male counterparts would be hard pressed to even attempt what we do, blindfolded, one arm tied behind our back, while conducting a Zoom meeting, ordering groceries on a different window, our casseroles in the oven, and making mental notes to do whatever series of mission impossibles are next on the agenda. We consistently prove that we are the shit! Even on our worst days we are still goddesses. We woke up like this. Womanhood is not just who we are, it’s our collective experiences as femme identifying individuals existing in a world that exploits and devalues femininity, and resents it’s power. But thank the stars Womanhood, is unapologetically reclaiming your time, your space, your identity, your fabulosity, your strength, your pride, dignity, history, legacy…making your own rules, walking to the beat of your own drums, dancing in the face of misogyny then smashing it. Womanhood is whatever we as women say it is…and it is powerful, from beginning, to middle, to end, forever, and infinity.

LP Kersey is an avid runner, foodie, comic fan, nature lover, and proud mother of four free spirited small humans. She is the Founding Editor of Obsidian Pen Publishing, a boutique publishing company based in the DC metro area. In addition to serving as Vice President of the Prince George’s Chapter of the Maryland Writers Association, contributor for Queen Mother Magazine, and story editor at Afrocentric Books, she is the host and curator of the monthly reading series, The Literary Cypher. In 2021, she hopes to work up the nerve to publish her first series of short stories, The Heaux Phase and a poetry chapbook. Outside of her love of literature, she is a community birthworker/doula, and certified breastfeeding counselor and advocate, who is passionate about women’s health, rights, and birthing equality in the black community. She can be found @maatmama81 and @obsidianpen7 on IG. For The Literary Cypher, visit https://www.facebook.com/groups/321037492336487.