Sitting with uncomfor­table silences during lockdown 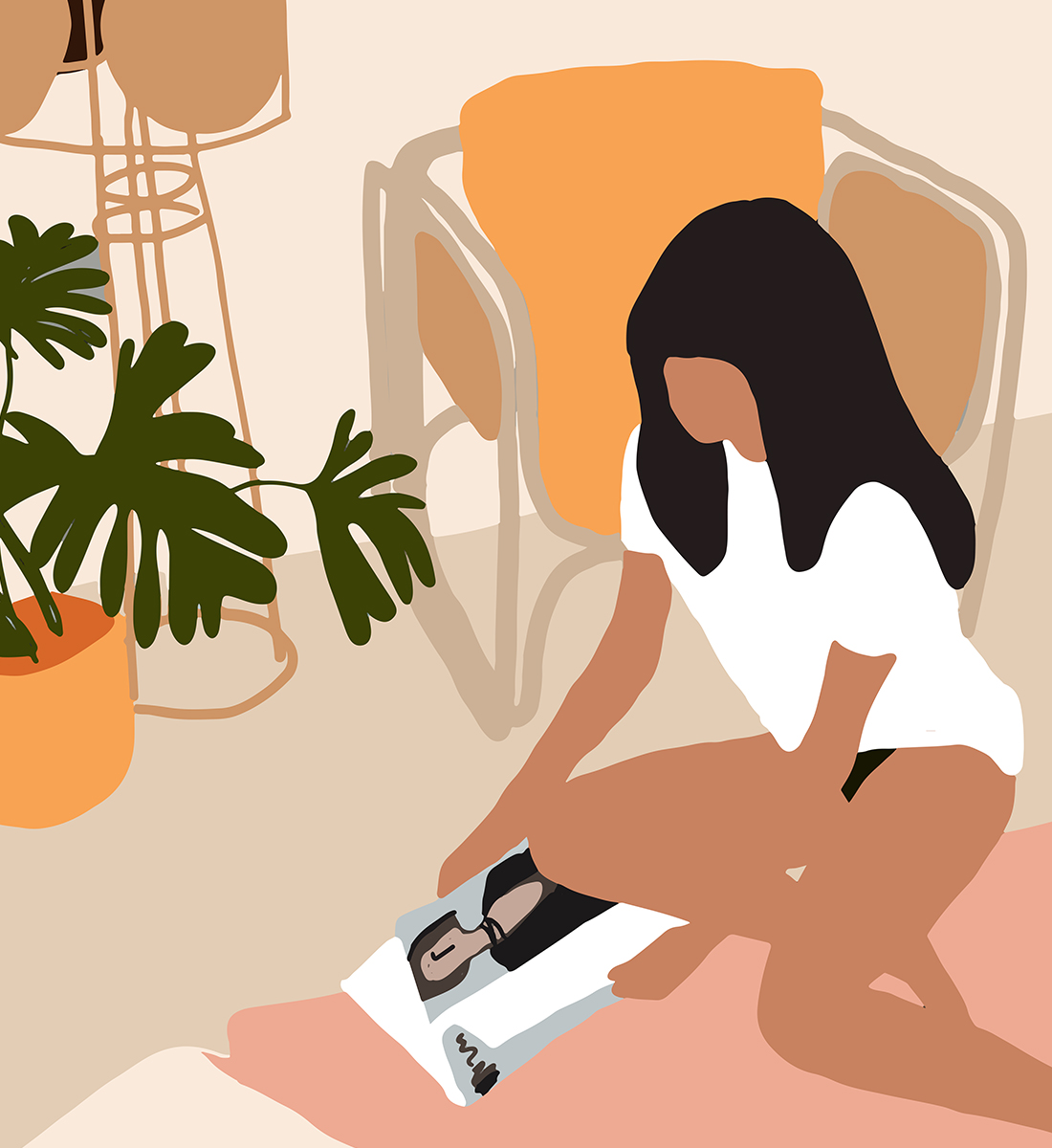 I suddenly felt burdened with existential questions I had no answers to, like who am I when no one else is around?

When the pandemic first hit Melbourne back in March, safe to say it was abrupt. Just the week before I had spent a long weekend partying and laughing long into the early hours of the morning with new and old friends alike, at a festival with upwards of 10,000 people. Within a matter of days I went from the large crowds, excessive socialising and the comforts of familiar faces to lockdown, and its ensuing solitude and silence. I would describe myself as a true extrovert. I generally like meeting new people, find it easy to make friends, and like being around others. In fact, being around people makes me feel most like myself. I would often lament over a weekend wasted and was all too familiar with the millennial trope of 'fear of missing out'. But living in Melbourne during one of the most extensive lockdowns in the world has left ample time for me to be alone with my thoughts, in a way I would have previously avoided. It’s not hard to imagine the personality crisis I felt when the simple, weekly habits I clung near (like going out, or getting a coffee with friends for several hours) were quickly made redundant. I suddenly felt burdened with existential questions I had no answers to, like who am I when no one else is around? How can I sit with this uncomfortable silence of being alone? In the beginning, there were jokes about how the year was primed for introverts, but the novelty of a clear social calendar with ample time to watch Netflix quickly wore off. Like most of us, I felt the looming sense of anxiety as we settled into a new, slower and notably quieter way of living. The transition was equal parts swift and uncomfortable. Moments were quickly filled with virtual workouts, virtual workplaces and virtual drinks. Intimate moments between friends were substituted with Zoom calls, where people are forced to take turns at speaking like a strange conference call. We had to reinvent the way we communicated. We (or maybe just me) collectively resorted to online shopping, extensive skincare routines, binge watching TV and learning to cook. Despite our best efforts, a resounding sense of silence lingered.

There was a comfort in the quiet of lockdown. Perhaps it was an omen, as it turned out our state would remain in hibernation for the months that followed.

I can’t put my finger on when, but somewhere between Melbourne’s first and second lockdown I began to appreciate this newfound sense of quiet. I tried to sit with these moments of nothing. The need to rush home from work and back again to a social date I’d set myself evaporated. Working two jobs in one day became easier than ever, and I relished the fact that while I wasn’t doing anything this weekend, neither was anyone else. By the time we first saw restrictions ease in June, I confided in a friend and fellow extrovert about how I felt uneasy to get back to ‘normal’, lacking my regular lust for company. Others I spoke with shared the sentiment – that there was a comfort in the quiet of lockdown. Perhaps it was an omen, as it turned out our state would remain in hibernation for the months that followed. As Melbourne prepares to emerge from lockdown 2.0, I’ve been trying to reconcile what this 'new normal' everyone keeps referring to actually looks like, and how it compares to life before. Are we coming out the other side to a world with less hugging, but better intentions? A quality over quantity approach to life, more empathy for others? I’m not sure but I think I’m going to carry this sense of silence into the new normal, at least for a little while longer.

Christina Karras is a Melbourne based journalist and freelance writer. Her work has been published in the Herald Sun, Fashion Journal and Fluff. She also runs A-ZINE – an online magazine publishing content on fashion and culture. You can see more of her work on christinalkarras.com and follow her on Instagram @christinalkarras