Stranger danger: is it real, or is it a ruse? 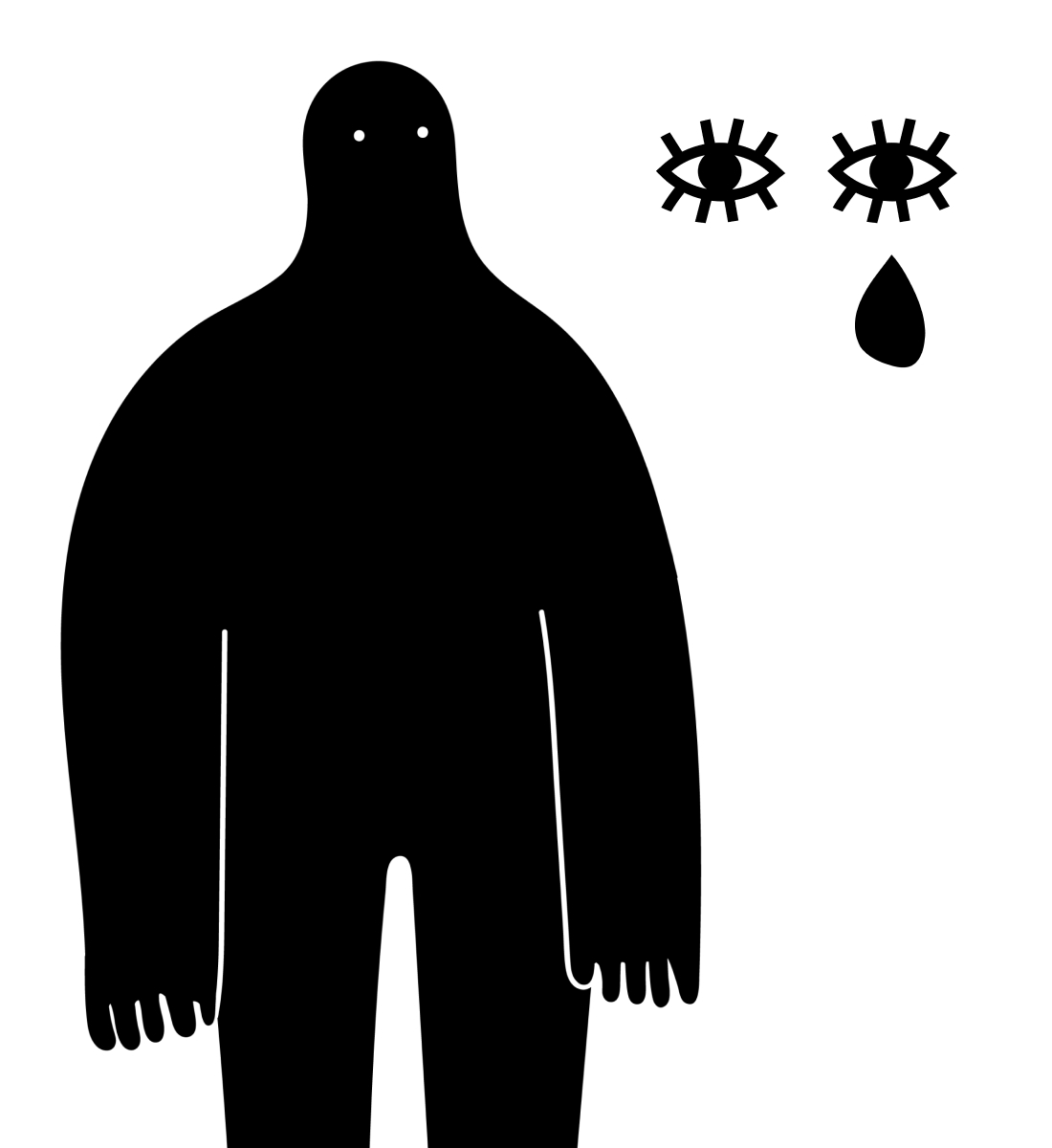 Here I am, knowing no different. Knowing that as a woman, a male stranger is almost always a terrifying thing.

This wasn’t the essay I had planned on writing.

I was tasked with writing a piece inspired by the Greek word ‘xenos’, meaning stranger. Immediately, I felt the pressure to craft something witty, surprising, and unexpected.

Typically, the word stranger is laced with fear, uncertainty, and distrust.

After all, ‘stranger danger’ is a recurring narrative - one that repeatedly rears its ugly head in a modern-day news cycle. We hear of children whisked away in vans, of women who vanish in the night, of men beaten mercilessly for no apparent reason. And the perpetrator of such hateful crimes? Well often, they’re a stranger.

Intent on providing some respite from the stranger danger narrative, I began to explore the positive interactions we can have with strangers. The drunken confessions shared in the women’s bathroom of a club. The inclination we have to overshare when trapped in an intimate setting, like an airplane. The trust we place in therapists, counsellors, and social workers; all of whom are arguably strangers.

As I wrapped up my piece with some hackneyed phrase about ‘learning from people we don’t know’, news broke that a 33-year old woman was missing in Clapham, London. Days later, Sarah Everard’s body was found. It was 9:30pm, and she was walking home in a well-lit area. She was wearing a bright green coat and sensible shoes. Women across the world were outraged, fearful, and potentially worst of all, unsurprised. And collectively, each of us could see silvers of our own experience in her story.

And so here I am, writing a piece about strangers that is neither witty, surprising, or unexpected.

Here I am, knowing no different. Knowing that as a woman, a male stranger is almost always a terrifying thing.

Here I am, wishing we had new stories about strangers.

It was 9pm on a Thursday night. I was on my usual bus home. A man sat behind me, and almost instantly, I noticed his breath on my neck. But, used to having men invade my space, I plugged my headphones in, and desperately tried to remember the type of breathwork that’s meant to ease panic (is it a sharp inhale in, or a deep belly breath? Am I meant to push my belly in or out??)

As we pulled into my stop, I noticed he leaped up to follow me. Well, fuck the breathwork. No deep ocean breathing would calm me now.

Thankfully, as a woman, my default is distrust. It’s embedded in my DNA. I was taught all the necessary measures of self-protection. I’d been prepared for the inevitable moment when a man would subvert my safety.

So, I slipped into a nearby 7 Eleven to lose him. After 10 minutes of pacing the snack aisles waiting for his re-appearance, I gripped my umbrella in my clammy right hand, and made my way home, checking over my shoulder every few seconds. I had lost him.

Until the tug of my maxi skirt. Until I saw his form suddenly appear from a side street.

Me screaming, me sprinting, me slamming the door of my apartment building.

Me, telling you this story as ‘one of the lucky ones.’

The police confirmed three other women were followed home from my bus stop that week. My workplace continued to roster me on night shifts; expecting I’d feel ‘better’ and could comfortably catch the bus home again. Friends told me I should be grateful that I got away.

My story wasn’t special. My trauma was typical. And the aftermath unfolded, as expected. I was one of many women targeted by this man. I was offered no pastoral care from the police, or my employer. And, I was expected to be thankful that my experience wasn’t ‘that bad.’

I don’t need to rattle off statistics. We know how many women are followed home, accosted by men, leered at across the nightclub, groped in dark corners.

I don’t need to tell you that my friend, and my friend’s friend, and her friend have all had similar experiences.

I don’t need to tell you that when I walk alone, my trauma will always walk with me. That I can’t remember a time when I’ve walked by myself without a tight feeling in my chest, my shoulders raised in anticipation, my palms clammy, my keys nestled between my fingers. I’ve always been tightly coiled, with the anxious gait of someone suspicious of the world around her.

Quite frankly, this narrative is tired. As women, we exchange these stories like social currency, each tale bonding us closer together in collective disdain.

Self-policing is our reflex. We all know to carry our keys between our fingers. We all have faked a phone call when a man walks uncomfortably close to us on the street. We’ve all apologised to our Uber driver when we summon them for a ‘very short trip home.’

To be a woman is to be ‘in a constant state of bargaining,’ the author and columnist Nesrine Malik wrote in her book, “We Need New Stories.” Sarah’s murder reminded us that as women, we constantly need to make the ‘right choice’ to buy our safety from male violence. The onus rests with us. It’s tiring. It’s unfair. And, it’s yet another aspect of emotional labour we endure as women.

I’m well aware that most people reading this essay will be women. You’ll be nodding your head as you navigate my words. You’ll be recognising the familiar habits, behaviours, and thought patterns I’ve touched on. You’re probably exhausted by this narrative too.

So I ask, why does the burden of women’s safety always fall on women, rather than on the men who hurt women? The men who make us feel unsafe? The men who stay silent when their friends cat-call or make inappropriate comments? The men who are unaware of how their physical presence can send us spiralling into a panic?

Following the death of Sarah, my Instagram exploded with women demanding safety from male violence. Calling out the failures of the police, the government, and men collectively. Story swapping, empathising, proliferating content under the #shewaswalkinghome hashtag. Pastel-coloured infographics were shared, petition links were circulated, and accusations of assault were condensed into 280 character tweets.

Each time a story of this nature breaks, there’s a new wave of outrage on social media. But shouting into an echo chamber only achieves so much.

We are constantly centring male egos in this conversation. We reassure our aggrieved male counterparts that #notallmen are evil. We’re eager to make them feel comfortable.

Your ability to stay quiet is a privilege.

Your claim that it’s #notallmen is redundant - we know it’s not all men but we don’t know what men it is.

Your comfort is a given, our comfort is a luxury. And, I’m sick of sacrificing comfort for safety. I’m tired of all the adjustments I make to my routine, just to protect myself. I shouldn’t have to adapt my behaviour to survive.

And women. Examine your own reaction to Sarah Everard’s story.

Recognise that what happened to Sarah was an absolute atrocity.

But also recognise that women of colour rarely see such a public outpouring of emotion when they’re abused or killed.

Recongise that it’s not just cis women who experience misogynistic violence, abuse, and murder. It’s queer people. It’s trans people. All marginalised genders fear for their safety as they move through public spaces. We just don’t hear about it on mainstream news channels.

So, what are we meant to do? Will we ever be able to shake our fear of male strangers? And will marginalised genders in particular, ever feel safe?

The stranger danger narrative reduces violence to an unfortunate interaction between individuals. It fails to acknowledge the systematic and cultural norms that have led to women being seen as dispensable. It doesn’t hold institutional power to account; instead laying blame on an unhinged stranger. It doesn’t call out the media for sensationalising violent acts against women and marginalised genders.

By refusing to acknowledge the failure of our social systems, we’ll never move forward. We can’t see the wood for the trees. We’re suspicious of strangers, but we’re not suspicious of the misogynistic culture that has led us here in the first place. We need new stories.

Blair is a creative non-fiction writer and digital strategist, based in the heart of Wellington. Frustrated by the overly positive, overly inaccessible version of self-love gracing her Instagram feed, Blair shares her no-bullshit, shambolic, and occasionally satirical take over on self-love at aboutselflove.com.

When she’s not re-editing essays fifty times over, you’ll find her lamenting over a recent existential crisis with a G&T in hand, ensconced in a good book, or deadlifting double her body-weight. She’s known as a ‘pocket rocket’ and to this day, she’s unsure if that is a compliment or a curse.

You find her on Instagram or on her website. She also has TikTok, but is unwilling to share her handle given she’s far too old to be lurking on Gen Z’s social platform of choice.