The two-way mirror of motherhood 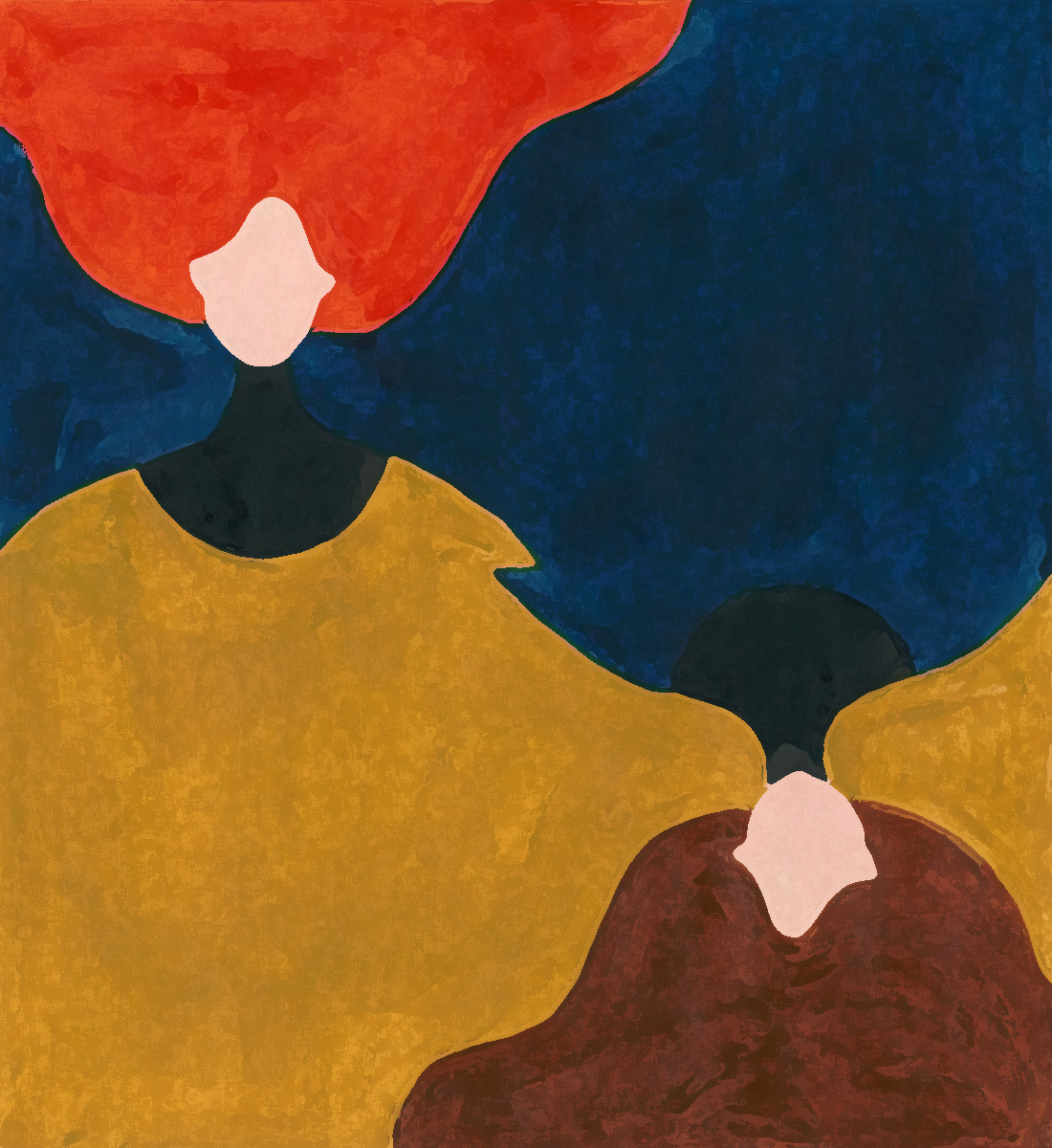 However, it is impossible to let every part of your mother leave you, even in the smallest of moments she is there.

There is a moment while growing up when you start to realise that you are an amalgamation of not only everything you have ever seen, read, watched and heard but also of everyone you have ever been in contact with. From the way you tilt your head to how you hold your knife and fork, humans tend to mimic other humans. Mirroring each other is how we learn the fundamentals of life — even babies do it before birth with their heartbeat mimicking the rhythm of their mother’s. I find myself leaning into the kitchen bench just as my mum does, she’s telling me about her mother who passed away when I was one. My mum starts explaining my grandma’s depression and how it would take hold of her, both of them. My mum would often find my grandma staring off lost in thought. They were not affectionate towards each other and when my mum speaks of her it shows. But I couldn’t help but feel the similarities as my mum was staring off remembering her mother instead of looking at me. It can be hard to realise that you are more like your mother than you care to be. Every woman thinks that they will be different, that they won’t do that one thing their mum did, raise their child the same way. However, it is impossible to let every part of your mother leave you, even in the smallest of moments she is there. I was talking to my mum about whether she would consider writing out her life story. She stated that she didn’t want to remember some things, that the sad stuff had been suppressed for so long that it shouldn’t be brought up again. I told her that she only had to focus on the good memories that it wasn’t an autobiography. I just wanted to hear about her life from her perspective. To make links between the two of us as mother and daughter. Did we have the same childhood? What was she passionate about? I just wanted to know more, how she came to be the person she was at that moment.

For me, to be a mother is to be caring, loving and looking after those around you. We learn those traits throughout life and carry them with us regardless if we have children or not.

My mum has always tried to protect me whether it be from friends she didn’t think had my best interests at heart or that one time I rode my bike off a jetty and she jumped in after me. As a result, I began to program myself to always look out for people even more so than myself because it’s what she would do. We take what we know, what we grew up with and mould it into something we think is motherly, and it becomes what our idea of what a mother is or should be. A little while ago, I was clothes shopping with my partner and was trying to convince him that he would look good in a certain shade of blue whilst holding it up to him. A middle-aged woman came up to me and said ‘we love to mother them don’t we’. I was trying to convince him to buy a new t-shirt not be his mother — I wasn’t a mother, did I look like a mother? I kept thinking about it and whether she had meant anything deeper by her comment. Had I fallen into motherhood a decade earlier than intended but with my partner instead of a baby? I had always seen my mum do it to my sister, stretching the t-shirt to her shoulders to see if it would fit. Maybe I was mimicking motherhood. It seems as if we mimic movements, emotions, body language and those fundamental skills, we also tend to mimic motherhood, those motherly tendencies. Maybe motherhood is not only the state of being a mother but the simple act of caring. Maybe we can all be mothers without ever having a child; the mum of the friend group, a mum of four cats, even a plant mum. Maybe it is ingrained into us when we are born, our consciousness saying ‘this is useful stuff, remember this for later on’; could it be us learning how to take care of someone, as we used to pretend to take care of our baby dolls. Similar to how some animals just know how to walk as soon as they are born, some people just know that they are meant to be a mother; or does something just click and you realise that you’ve been preparing for motherhood since you were born. I believe motherhood is never something you enter suddenly, it has been with you the whole time even if you haven’t noticed it. For me, to be a mother is to be caring, loving and looking after those around you. We learn those traits throughout life and carry them with us regardless if we have children or not. I am a combination of all the mothers before me, from my crooked middle fingers to the curls at the nape of my neck and my people-pleasing nature. It is my connection to my mother and her mother and so on. I will always find them in the little things I do because I am them and I will continue their motherhood.